Benjamin Dieltjens has been solo clarinet of the Antwerp Symphony Orchestra since 2007 and he is a member of the Orchestre des Champs Elysées. In 2008 he was invited as first clarinet with the Royal Concertgebouw Orchestra. In 2012 he recorded Mozart's clarinet concerto with the New Century Barock Orchestra on period instruments. He is also active as a chamber musician (both historical performances and classical and contemporary works) and has been a guest at several international festivals. He was a member of the Ensemble für neue Musik Karlsruhe olv Peter Eötvös. He was a founding member of the chamber music ensemble for contemporary music Het Collectief, founded in 1998, and has played regularly with the ICTUS ensemble since 2003. He also plays regularly with Oxalys, Il Gardellino and Ensemble Explorations. Benjamin teaches chamber music seminars at the Orfeus Institute in Ghent and the University of Vienna, and is a principal clarinet teacher at the Brussels Conservatory. 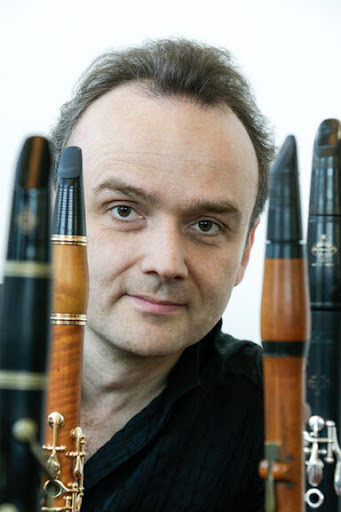