After studying the oboe with Claude Maisonneuve at Rueil-Malmaison, Eric Speller went on to work with Jean-Christophe Gayot and Guy Laroche at the "Conservatoire National Supérieur" of Lyon, where he was unanimously awarded a premier prix. Then he was admitted to the Conservatoire in Geneva, where he studied with Maurice Bourgue and received the "prix de perfectionnement" in 1995. The same year, he joined the Monte Carlo Philharmonic Orchestra as co-soloist.
Since 1997 he’s solo oboist at the Royal Flemish Philharmonic in Antwerp.
Eric Speller is a winner of the Natexis Foundation Award. In 1996, he was a prizewinner in the international oboe competition in Prague and in 1997, he won the third prize in the international oboe competition in Tokyo.

He performed as a soloist with the orchestras of Monte Carlo, Antwerp, and Padua and played with various other ensembles in Europe and Japan under conductors including Marek Janowski, Philippe Herreweghe, Daniele Callegari, Yutaka Sado, Peter Eotvös, Fabio Biondi and Lothar Zagrosek. He has recorded Canteloube’s Chants d’Auvergne with the Auvergne Chamber Orchestra.

He is regularly invited to give masterclasses in France, Belgium, Spain, Vietnam, Macau and Hong-Kong.
Since 2011, Eric is the oboe professor at the Royal Conservatory of Brussels.

He recorded three solo albums with the complete oboe repertoire of Robert Schumann, Benjamin Britten and Antal Dorati as well as Heinz Holligers solo sonata.
For this recordings he received excellent reviews in France and elsewhere, as well as several record awards.
His latest album is dedicated to the romantic oboe repertoire. 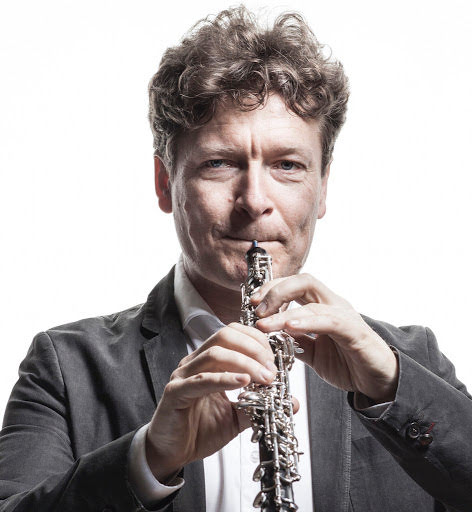