Hedy was born in Plovdiv (Bulgaria), where she began her musical studies. She studied at the National Conservatory of Grenoble with Flora Elphège. Then she joined the Conservatoire National Supérieur de Musique de Paris where she studied in the class of Devy Erlih and Jean-Jacques Kantorow. At the same time, she followed a training course in "String Quartet" of the Ysaÿe Quartet at the CNR in Paris. After having been a member of the National Orchestra of Capitole de Toulouse (1998-2000), she joined the National Orchestra of the Pays de la Loire (2000-2001). Hedy was named violin soloist in 2007 at the Orchestre Philharmonique de Strasbourg.  She regularly performs in many chamber music festivals. Since 2013, Hedy Kerpitchian teaches at the Conservatoire de Strasbourg and the Haute Ecole des Arts du Rhin.
She is a founding member of "La Philharmonie de Poche". 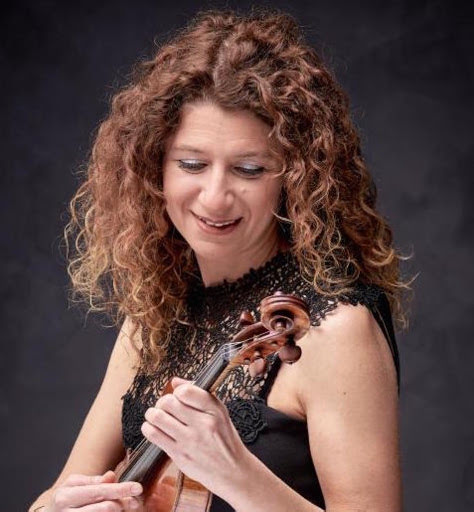