Ivo Alexandrov started playing the cello at the age of 6 under the influence of his father - a jazz musician. He graduated from NMU "Veselin Stoyanov" in Ruse in the class of Alexandra Elenkova and NMA "Prof. Pancho Vladigerov" in the cello class of Prof. Bogomil Karakonov and Prof. Anatoli Krastev. He participated in a number of master classes by Maria Kligel, Mikhail Homitzer, Robert Cohen, Ksenia Jankovic, Young Chang Cho, Stanimir Todorov and Frances-Marie Whitty.

In 2005 he participates in the International Orchestral Academy under the patronage of the Vienna Philharmonic in Atergau, Austria with conductor Ricardo Muti.

Ivo won a first prize and the Special Prize of Classic FM Radio at the First National Competition "Emanuel Manolov ”in Gabrovo, a First Prize of the national competition for instrumentalists and singers "Svetoslav Obretenov" in Provadia

Since 2016 he is assistant principal cellist of the Sofia Philharmonic.

In 2019 he was the soloist of the New Symphony Orchestra, with whom he presented  Mieczyslaw Weinbergs - "Fantasy" for cello and orchestra as a premiere for Bulgaria.

Ivo Alexandrov is also a composer of film music. 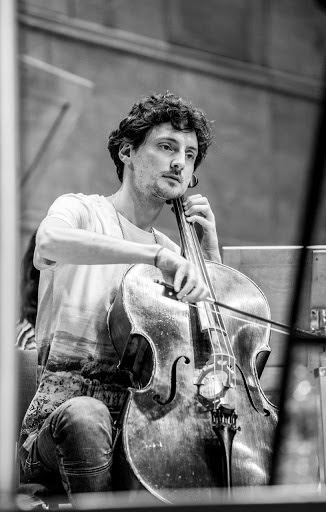