Oboist Korneel Alsteens (° 1978) has been a firm fixture in the Belgian orchestral and chamber music world for more than twenty years. He is praised for his beautiful, warm sound and his subtle and sensitive way of music making.

Korneel received his first oboe lessons from Willy Smekens at the music school of Hoeilaart (near Brussels). He later went to the Royal Conservatory of Antwerp where he obtained his masters degree with great distinction as a pupil of Joris Van den Hauwe. He further perfected with Eric Speller, also studied the English horn with Dimitri Mestdag and followed various master classes, with, among others, Dominik Wollenweber and François Leleux.

Korneel got the hang of the orchestral playing in various youth orchestras, including the Young Janáček Philharmonic and the European Youth Orchestra, with which he traveled through Europe under the baton of great conductors like sir Colin Davis or Paavo Järvi. Since 2004, Korneel is first oboist in the Flanders Symphony Orchestra, a position he has held to this day with a great deal of passion and pleasure.

Korneel Alsteens is also very active as a chamber music player, in ensembles such as I Solisti, Spectra Ensemble, Oxalys or Het Collectief. 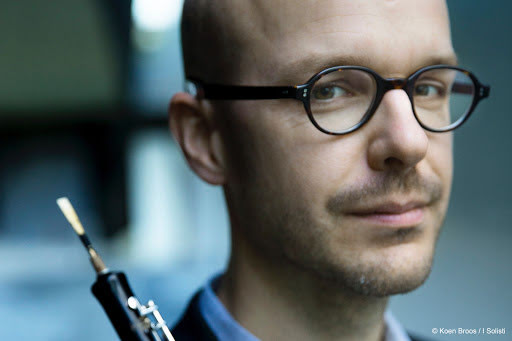