Anouk Sturtewagen (°1984) started playing the violin as a four-year-old. She spent the main part of her youth at the music academy, where she delighted in singing and playing the harp, the violin and the piano. At 18, she decided to devote herself to the harp.

She also entered several international competitions. In 2006, she became a finalist of the “Troisième Concours International de Harpe” in Lille (France). She was awarded the second prize of the Rotary Contest 2005 in Ghent and the first prize of the 2002 “Concours Européen de Musique en Picardie” and she was a laureate of Jong Tenuto 2003.

As a soloist and a chamber musician, Anouk performs on a regular basis.

She’s founding member of the quartet Revue Blanche with whom she performed in major halls such as Elbphilharmonie, Philharmonie de Paris, Opéra de Lille and Muziekgebouw aan ‘t IJ. Revue Blanche is not only a chamber music ensemble but is open to other contemporary art forms. It also produces multidisciplinary programmes fusing visual arts, dance, literature and electronic music. This hybrid approach leads to a unique way of experiencing various artistic tendencies of our musical heritage.

With the Bilitis Duo, she created the 2013 musical theatre performance “Un ballet réaliste”, a production commissioned by Muziekcentrum de Bijloke that focuses on Cocteau. She also joined the “Tips and Tricks” performance, equally commissioned by de Bijloke. The musical score of “Tips and Tricks” is composed by Joris Blanckaert; the text discussing migration is written by Sarah Eisa. 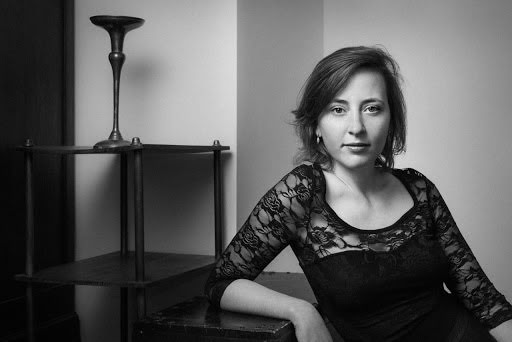